Most of the UAE has a considerably large Filipino population who make up for their workforce. With that said; One of the most common crimes committed by Filipinos in the UAE is so-called “love crimes.”

Jenny Gonzales, a former expat in Dubai who now works as the undersecretary of the Commission on Filipinos Overseas, has stated her experience. She remembered how seeing Filipino youngsters at the Philippine Overseas Labor Office in Dubai broke her heart. The majority of them grew up with fathers who didn’t recognize them.

The new law is here to protect the right of women; and the child that is born outside a wedlock. Read this article to know the impact of the new laws in your current situation.

Previous Cases of Pregnancy before marriage

One such incident has been reported by the Business Mirror of the consequences of pregnancy before marriage case. In 2015, Pattie, not her actual name, worked as a waiter in a high-end restaurant in Dubai. She then became pregnant after falling in love with a Jordanian coworker.

She kept her pregnancy a secret from her friends and employment until she gave birth, for fear of being arrested and deported. Her son was born in a secret flat in Sharjah’s second emirate, practically hidden from the authorities.

Then came the pandemic, and she, like many other overseas Filipino workers (OFW), was sent home. She had to bring her kid with her, record his birth, and risk being imprisoned and permanently barred from the United Arab Emirates in order to be returned to the Philippines.

Women like Pattie can now breathe a sigh of relief, as the UAE has passed a new law that makes consensual relationships with children born out of wedlock legal.

This means that if children are born in the UAE to unmarried couples, the couple can stay in the nation without being deported as long as both partners acknowledge the kid and agree to care for it.

Couples who do not comply with these terms, however, will be punished criminally and face a two-year sentence.

Concluding on being pregnant before marriage in UAE 2021

While this is good for less-complicated instances, such as both single couples who are legal workers/residents. But what if one or both of them are married, or worse, illegal.

Although women can relax with the new laws; we always recommend couples to consider tying the knot if they are prepared to be a family. This just makes the welcoming of the newest member of the family a joyful experience.

While getting a date at the UAE courts could take months; we advise couples on other alternative countries such as Georgia that could be a better option.

If you are stuck in a similar situation and need some support; book a consultation with our team of expert legal wedding specialist. 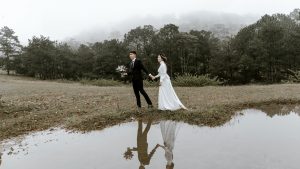